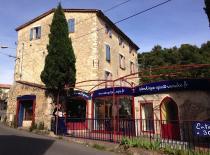 Beautiful, rare and very interesting bamboo-style bronze chandelier, originally running on gas, lighting with six false candles outside and a bulb in the porcelain planter. The planter is hung in the center by three chains which connect it to the chandelier and which end on the outside with shuttles held in the mouths of the golden lions which adorn the perimeter. The planter itself is in midnight blue porcelain nicely decorated with flowers and foliage, the center is formed by an inverted openwork dome ending in a point.
All in very good condition. The wiring is redone. 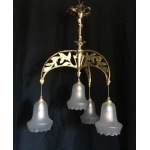 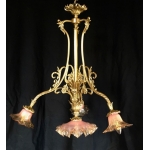 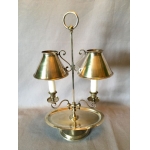 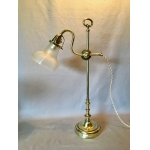 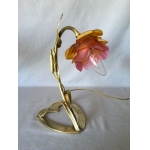 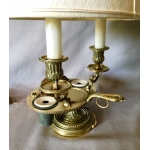 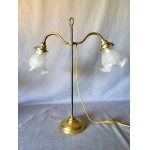 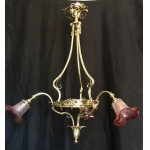 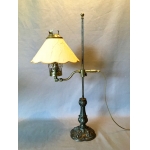 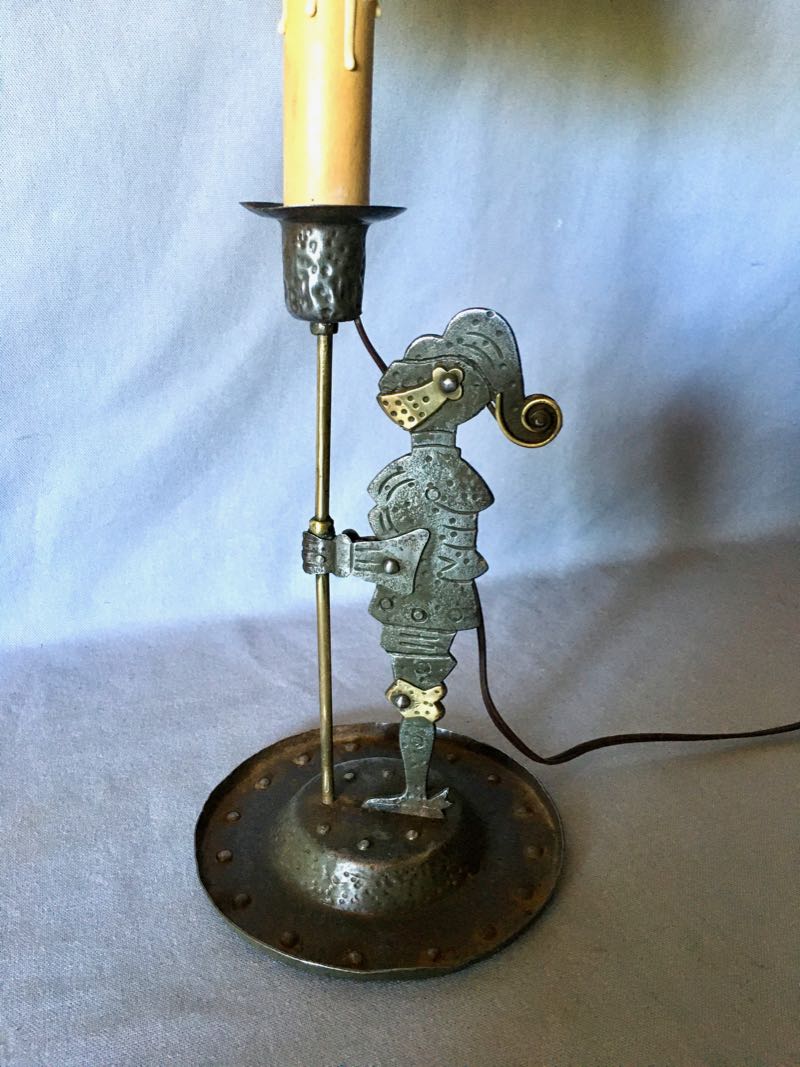